Cantina Fratelli Pardi story begins in 1919 when the three brothers, Alfredo, Francesco and Alberto establish it. The winery was, back then, located on the ground floor of the San Marco Hospital, that belonged to the stately building of Saint Francis in Montefalco. The grapes, used in the wine production, partly belonged to the family and some were bought from other local landowners.

White and red wines were produced and marketed, but it was the Sagrantino, exclusively Passito, to be the foremost. The wines were sold all over Umbria, and eventually out of the region, to eminent customers such as the Vatican. In 2002 the founders’ great grand-sons, Francesco, Gianluca Rio and Alberto Mario, driven by the will of the Pardi family to keep on the tradition, and with the help of their parents Agostino and Alberto, restore the building in Montefalco and revive their great-grandfathers’ winery. Today the brothers Alberto Mario and Gianluca Rio, with their enthusiasm

and hard work, are the new era of the Pardi wine’s legacy. 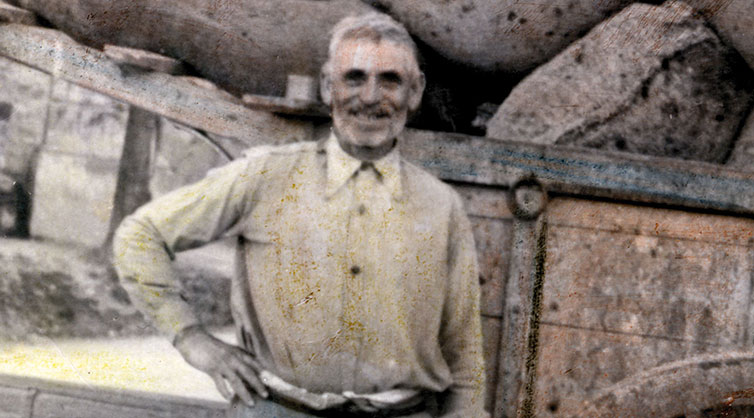 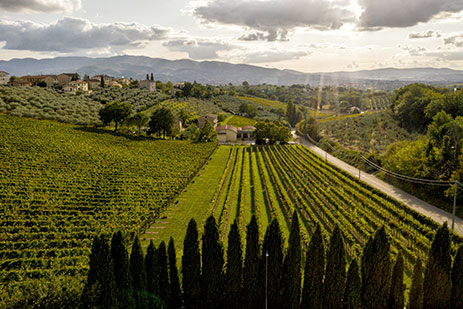 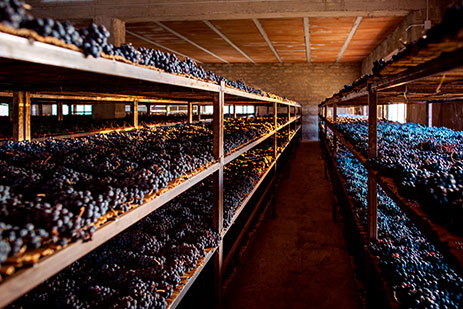 The Story of Sagrantino

Our present winery begins in 2003 in Montefalco beneath the ancient walls and is for the whole production of wine, from the cultivation and the wine-making process to the marketing of the wines. The wine-making room is equipped with stainless steel tanks and is used for the fermentation of the red and white musts and for the preservation of the wines. An underground room is kept for the ageing of the wines; it is equipped with French barriques and, according to tradition, with big oak barrels from the Alps and Slavonia. Here are bottled and aged the great wines of controlled and guaranteed origin , such as Sagrantino Secco and Passito from Montefalco DOCG, Rosso DOC and Bianco DOC. 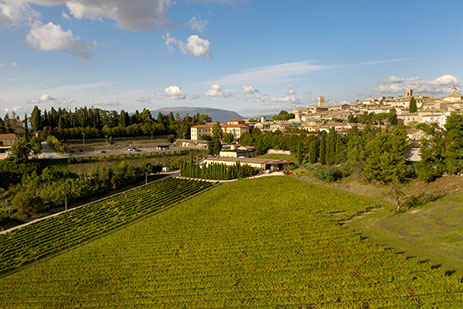 Montefalco is called “The Balcony of Umbria” , thanks to its extraordinary geographical position: it is located on a hilltop and overlooks the valleys of the Clitunno, Topino and Tiber rivers.

After the fall of the Roman Empire some settlements sprang up, possibly on the ruins of Roman villas, and Montefalco was one of them: its first name was “Coccorone”.

Between late 1249 and early  1250 the settlement was called Montefalco, probably owing to the falcons of the Emperor Frederick II from Swabia. The Emperor spent a few days here , from 9th to 13th February 1240 and the evidence of his stay is shown by the arch that was built in his honour.

In 1848, after the extension of the municipal territory, Montefalco was recognized as a town by Pope Pio IX.

Montefalco is famous for the frescos of its churches and they are important references of Umbrian painting, as well as for the production of wine. In 1340 some Franciscan friars settled in the stately building of Saint Francis and started wine growing and producing.

The Municipal Statutes realized the importance and the vocation of this territory; they fixed the dates and the rules for the vintage and the sale of wine ( actually the first wine shops were near the ecclesiastical buildings )and established severe punishments for those who stole or damaged the vineyards.

Nowadays the stately building of Saint Francis is a museum and it is the symbol of the historical working environment and tools of the Montefalco wine growing and producing of those times.

Our vineyards extend for about 11 hectares and are all located in Montefalco, along the gentle hills of Casale, Campolungo, Pietrauta and Lasignano.

The choice of these areas is the result of the long-lasting knowledge of our family concerning the wine vocation of this wonderful territory and we preserve this tradition with loyalty and constancy.

Together with the renowned Sagrantino, the autochthonous vine from Montefalco, we grow also grapes with red berries, typical of the area, such as Sangiovese, Cabernet  and Merlot ; these grapes, together with Sagrantino, make up the Montefalco Rosso DOC. The Grechetto, Chardonnay and Trebbiano Spoletino vines, with white berries, make up the white wine Colle di Giove DOC.

All the vines are grown with spurred cord and the plant density is 4500-5000 vines per hectare.

We are very respectful of the quality, the rules and the regulations of production , as well as of our family way of thinking and therefore the whole process of cultivation is strictly made by hand, such as pruning, defoliation, the thinning of bunches and harvest.

The growing of the grapevine, especially of the Sangiovese wine, in the Montefalco area, dates back to the pre-Roman Age. The writer Plinio il Vecchio, in the xiv book of “ Naturalis Historia”, refers to a variety of grapes, called Itriola, that grows in Mevania, the present-day Bevagna, inside the area of the production of the Montefalco wines. Later on some Franciscan friars seem to have brought the vine of the Sagrantino wine from Asia Minor and have planted it in the place of the Sangiovese. The name would refer to the Sacraments, since the grapes were cultivated by the friars who got a “ passito” for religious rites. Nevertheless modern archaeological studies rule out a link with Asiatic vines , and many scholars believe that Sagrantino is a vine of local origin.

Many and important documents are preserved in the Historical Archives in Montefalco and they show that already in 1088 some vineyards were in the area of Montefalco, that is one of the very few Italian towns where the grapes grew inside the town walls, a tradition that dates back to the Middle Ages.

Some basso-relievos with vine-shoots and bunches are painted on the outer wall of the apse of the Medieval Church of Saint Bartholomew. Since the first half of the fourteenth century the municipal laws had started to safeguard the grapevine and wine, in entire chapters of municipal statutes.

In 1451 the well-known Florentine painter Benozzo Gozzoli, called by the Franciscan friars to fresco the apse of their church, today one of the most important museums in central Italy, might hint at Sagrantino by painting the bottle of red wine on the table of the knight from Celano in the frescos dedicated to the life of Saint Francis ( the cycle of the Life of Saint Francis). The specifications for growing and producing Sagrantino are very old, actually documents to protect and guide the growing, the harvesting and the production of the Sagrantino grapes date back to the xiv century. Starting from 1540 a communal injunction stated officially the beginning of the grape harvest in Montefalco. This tradition continues also nowadays, thanks to the Confraternity of Sagrantino that every year, in September, gathers citizens and onlookers in the main square to read the ancient document.

The frost in 1586 was a disaster and the vines started producing wine only after some decades.

In the Renaissance the wine of Montefalco is well known and appreciated and in 1565 the Director of the Perugia Fortress, Cipriano Piccolpasso, mentions it in the report of the Papal State for the Pope.

Therefore Sagrantino is older than four hundred years , since the first quotation of the Sagrantino grapes is found in a hand-written document dated 1598 and preserved in the Notorial Archives in Assisi. In 1662 the Cardinal Boncompagni, the Legate of Perugia, increases the penalties of the Communal Statute and declares that the probable cutters of the grapevine will be sent to the gallows.

In the nineteenth century the writer Calindri, in his “ Geographical, Historical, Statistical Essay of the Papal territory” mentions Montefalco at the top of the State for its wines. The first appreciations for the Sagrantino date back to these years.

In 1925 at the Oenological Exhibition of Umbria, Montefalco is defined as the most important wine centre in the region. On 30th October 1979 the Sagrantino is recognized as D.O.C. and on 5th November 1992 as D.O.C.G. The ancient oenological tradition and the technique to dry the Sagrantino have made this area successful and have allowed the establishment, in Montefalco, of a National Centre of Studies for  the Passiti Wines in Italy. It is interesting to point out that the Sagrantino grapes do not produce the same valuable wine if they are planted somewhere else. The high concentration of poliphenols and tannins requires a long period of ageing in oak barrels to get the perfect maturation : over 30 months for both varieties and at least 18 months for the Sagrantino Secco. 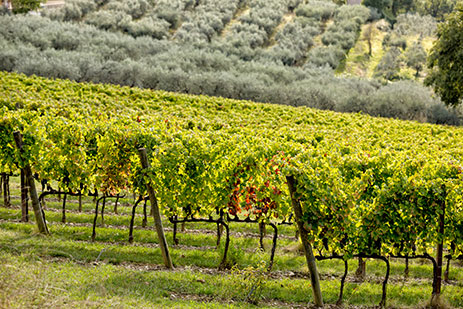